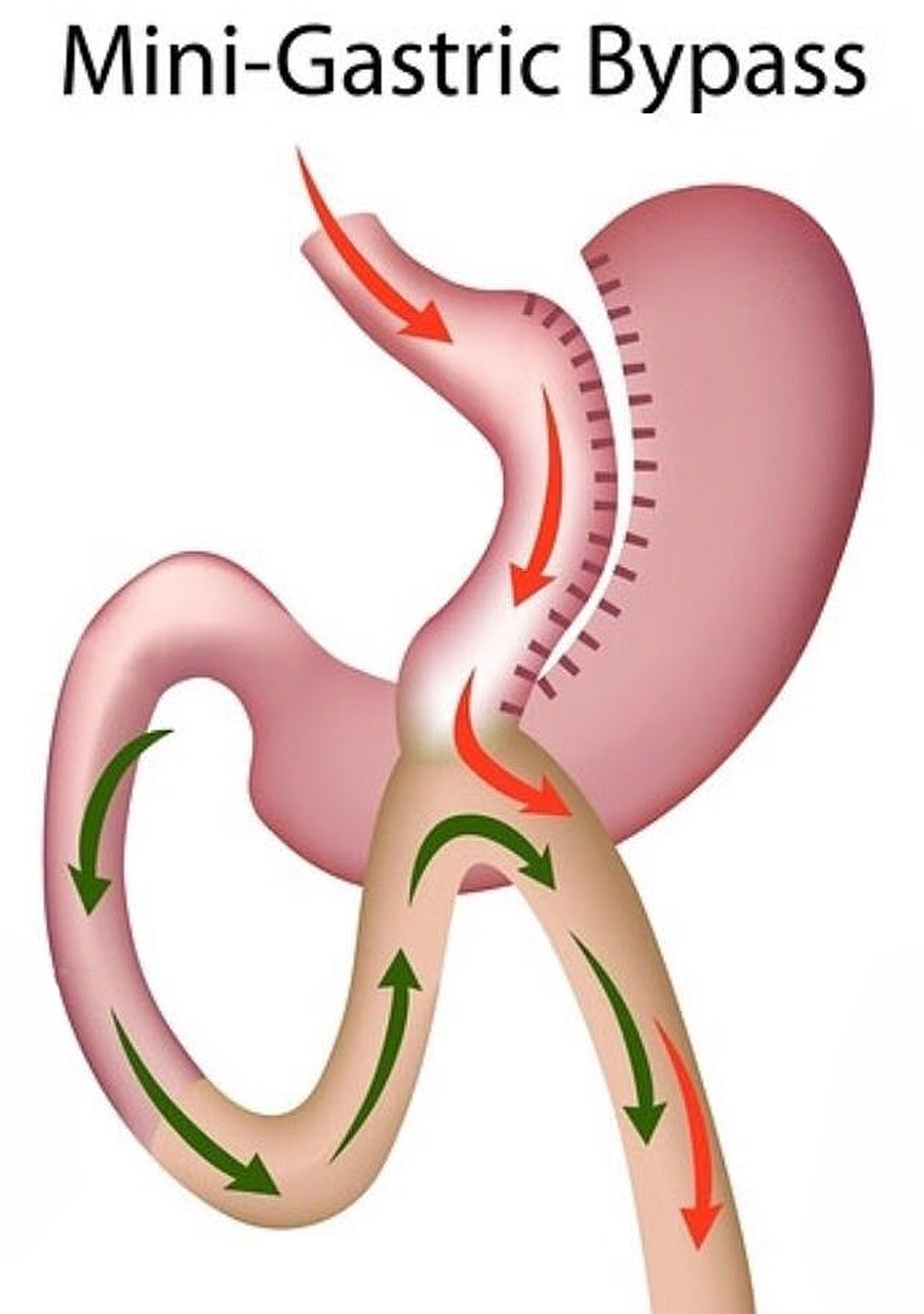 A relatively new procedure has come to complete the spectrum of weight-loss and metabolic procedures, offering a satisfactory and long-standing solution to morbid obesity. It’s called the Mini Gastric Bypass (MGB) or otherwise known as Long Loop Gastro-Jejunostomy.

During this laparoscopic procedure, a small gastric pouch is attached to a segment of the small bowel, allowing the food to bypass the part of the intestine which is responsible of the absorption of high molecular structures such as carbohydrates and fat. The long-term effects are permanent weight loss of more than 75% of the body’s excess weight, treatment of diabetes and hypertension.

The procedure has revolutionized the way we see malabsorption obesity surgery because patients that undergo this procedure need only 24 hours of observation during hospitalization as well as they feel just a mild discomfort immediately after surgery. It combines all the beneficiary effects of R& Y Gastric Bypass i.e. the minor need for observation, short- and long-term risk of complications after a Gastric Banding placement.