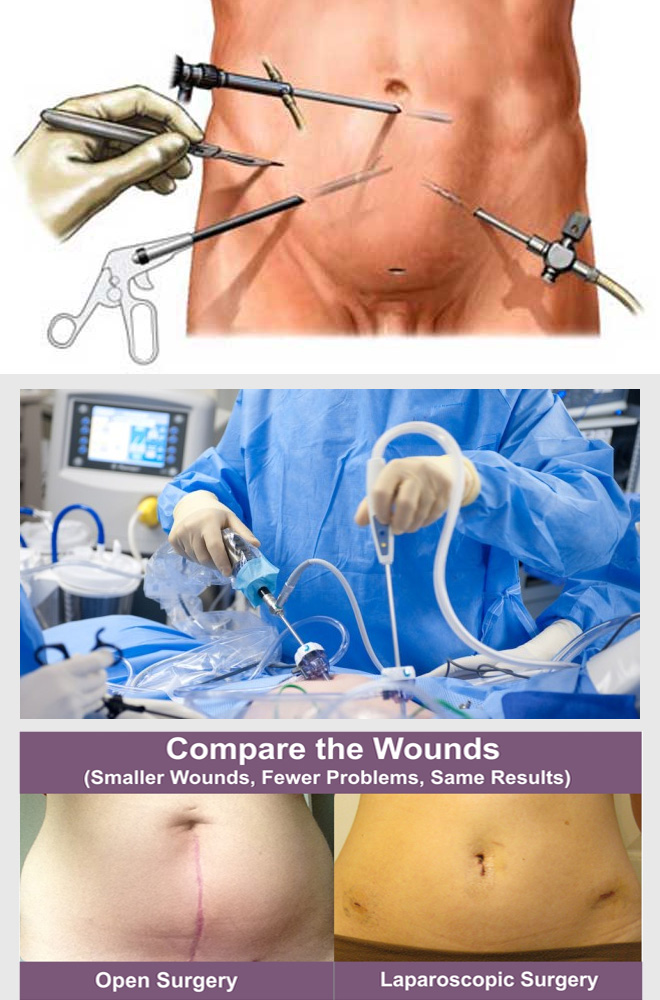 One common factor that the aforementioned procedures share, is that 3 – 4 small incisions are made in the critical region, from which a small camera is inserted and the surgeon is able to see and operate faster with higher accuracy. A brief explanation for each of the procedures is presented below:

Laparoscopic Appendectomy
It is a procedure performed for the removal of the appendix. The appendix is a small extension of the large intestine that exists naturally in people. When it suddenly infected it causes appendicitis followed by much pain and therefore, must be surgically removed. The surgical procedure involves 3 tiny incisions from which a camera is inserted into the critical region and thus the surgeon is able to view the appendix and remove it, without large incisions and long anesthesia.

Laparoscopic Cholecystectomy
It is a procedure performed for the removal of the gallbladder, due to gallstones or gallbladder disease. This procedure involves 3-4 small incisions at the critical region where a small camera is inserted, from which the surgeon is able to see and remove the gallbladder with short general anesthesia.

Laparoscopic Hernia Repair
This procedure is performed for the reconstruction and not the removal of the hernia. Hernia usually occurs in the abdominal wall and it is the abnormal bulge of the intestines through a weak point of the muscles that hold the intestines in place. The surgical procedure is performed through general anesthesia and small incisions are made at the critical region. The hernia is then placed back to its normal position and the muscle wall is repaired.

Laparoscopic treatment of GERD
GERD is a condition according to which acidic gastric fluids are accumulated in the esophagus region causing a “burning” sensation. The laparoscopic treatment of this condition is performed through general anesthesia with small incisions at the stomach region by which a small camera is inserted. The surgeon wraps up a small portion of the stomach to avoid the acidic fluids migrating back into the esophagus.

“Most people who underwent the aforementioned surgical procedures were able to return to their daily activities in just 3 to 4 days.”