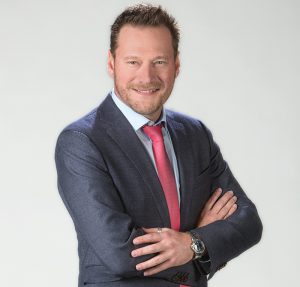 Dr. Nikolaos Valsamidis was honored with a Master’s degree in Medical Science from the Medical Faculty of Copenhagen University in Denmark.
He is specializing in Minimal Invasive Surgery such as Laparoscopic procedures and various techniques in the surgical treatment of Morbid Obesity and has applied those for over a decade, specifically performing more than 1000 advanced laparoscopic weight loss surgeries.
Today he is a member of the Royal Swedish College of Surgeons (RSCS) as well as a Member of International Federation for the Surgery of Obesity and Metabolic Disorders (IFSO).
After living and practicing General Surgery in Sweden for 6 years as a Consultant, he returned to Greece to organize and lead the Surgical Department of Euromedica in Rhodes.
He then became the Medical Director of the Bariatric & Advanced Laparoscopic Surgery Department in Mediterraneo Hospital in Glyfada, Athens, where he managed his own surgical team including surgeons, dietitians and psychologists, perfectly assembled to consist a Center of Excellence in the treatment of Morbid Obesity. Today he is a senior Consultant and Head of Department of the 2nd Surgical Department of Hygeia Group Of Hospitals, Greece’s largest and most prominent Private Hospital. Dr Valsamidis speaks seven languages and is a pioneer in implementing Medical Tourism in Greece.